So, basically, getting married was never really part of my life plan. It was going to be that cool thing which happened, if it happened. But I wasn’t banking on it. I always thought “I’m just not the girl you marry”. I was going to make music and travel the world. That was it, case closed.

But in 2014 that changed when I walked up the isle with my mother as I half laughed, half cried towards my friend of 7 years and soon to be husband. It was happening! White dress, cake, and all, I was getting married. 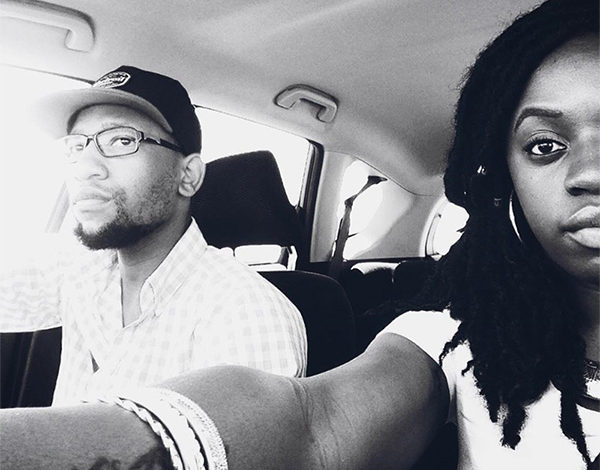 Fast forward 8 days and we move in to our little cottage and I realise I have to make this my new home, with this man. I had to be a wife. “So exactly What is a wife?” I asked myself as we loaded my tiny bundle of belongings into our new home, which we shared with spiders, moles, springtails, and a bat that one time. What is a wife? I suddenly felt this surge of (self-inflicted) fear and pressure to be this wife thingy. In the months to come I found myself struggling to live up to a high-impact performance on a stage which no one had put me on, least of all my husband. So as one could predict I broke down and in a genuinely crazy fit of anger, frustration and exhaustion, through a runny nose and tears I told my husband  “I don’t think I can do this” to which he simply replied “do what?”

“22 Wives, submit to your own husbands, as to the Lord…. 26Husbands, love your wives, as Christ loved the church and gave himself up for her”

One of the greatest sayings I heard was “Marriage was God’s idea” and his word he sets marriage up to be a life lived by two people committed to loving Him and each other. It’s a beautiful thing. Reading the passage above is what made the true idea of marriage appealing to me. It is founded on the love of God shown through Christ, the greatest expression of Love. And Christ should be the foundation and springboard for everything else. And yet after all the marriage prep and after I said “I will” in agreement to the vows, I somehow forgot that. I made marriage a point system I had to come on top of. I never realised in that first year, I was still being influenced by secular thought. Somewhere I was ticking boxes which said “a wife does this, and does not do that” without ever considering God or his agenda. Without ever considering that he knows what is best. So naturally it broke me. I had to go back to the source, rather, I have to go back to the source, daily.

Because in actual fact it is quite the opposite. There is no performance. It is simply agreeing that both of us are sinners saved by the grace and mercy of Christ, living in this world and figuring it out, together. Working out our salvation. That both of us need God and each other and that is alright. And in being loved by God and loving God we can love each other. At that point, suddenly comprise and the swallowing of pride is less difficult to do and the bigger picture becomes clearer. At the same time kind gestures are driven by more than obligation. Suddenly I can remember – it is not all about me! And that’s a good thing, it would be a disaster if it was. Keeping Christ the main thing is what keeps us going. And Lord knows I WANT us to keep going. However after a hard day and dishes haven’t been washed, my mind is tempted to jump to questioning my entire marriage instead of simply addressing the issue at hand for 2 minutes and going on to have a pretty cool evening with my best buddy.

It is tough but just as Christ demonstrated, love isn’t a fluffy feeling, but an act of the will. It is all down to choice and by his grace we can make it every day. And truth be told, that much I would rather have, than hoping a fluttering emotion magically never goes away. And when the arguments do happen and the disappointments do come, it is God’s standard, not my own that I can present to him to remind him of what we are here for and remind myself too. And it is there where we find the big thing, the joy!

So we turn 3 years old in a few weeks and yes we are very much babies in the game but I am thankful to the Lord for the time so far. For in all the madness that it two people coming together, through Him we have found and experienced joy.

And to anyone wondering, the story so far is this:  I made music, got married and travelled the world, often with my husband. And I am very grateful.