What’s up to all my #millionaires! Thank you for taking time to read this, I hope you make it to the end. In fact, no! You will make it to the end, you can do it, I promise, I believe in you. Alright? Let’s go.

So I finally started my website and I thought it would be great for me to share what’s been happening and where I am at now. As of January this year my record deal with Fresh Impressions came to an end and I decided it was time and officially became a free agent. I haven’t been an unsigned artist for 7 years so it has been both scary and freeing at the same time. I learned a lot during my 3 years at Electromode (2011-2013) and 3 years at Fresh Impressions (2014-2017). Everything from artistry, hard work, sacrifice, endurance, patience and most of all, I learned about myself. However the biggest lesson I have learned is when it comes to certain things in my line of work, like “making it”, one cannot cause that to happen. Don’t get me wrong I am not a ‘starving artist’ but I am also not an over-booked one at the moment, which makes me both grateful and frustrated. Record deals/labels are great but they don’t guarantee anything. That’s just how it is.

I have had every opportunity you could think of and performed almost everywhere. Even those places I always said I wouldn’t want to perform in, and the places I never thought I could. However the big moment hasn’t arrived for me, not yet. And last year I finally faced that. After years of work and years of persevering I was still being referred to as an ‘up-coming’ artist. Struggling to get onto mainstream media and struggling to get event organisers to pay me my worth. It broke me. It broke me because music is something I have ALWAYS wanted to do. LIKE ALWAYS! 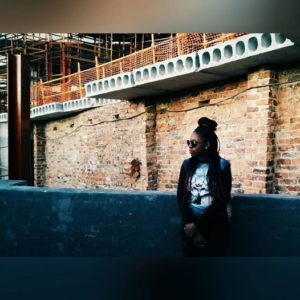 Music consumed me so much that I actually at a time assumed everyone wanted to be a musician. And when I finally got the opportunity to do it for real in 2011, I jumped in, head first. 3 years later, a few music videos and some radio tracks here and there, the moment hadn’t arrived. Electromode was good to me but the season had come to an end. I found myself at a similar place as I am in now, but a new door opened and I signed with Fresh Impressions. This signing saw me gain new opportunities I didn’t know were there or possible. I grew in my sound and became freer to express my faith in Christ in my music. I got to tour Africa and perform and collaborate with renowned artists. Most of all,  I got to see that there is more to this music thing than whether you are appearing on TV or radio, so I honed my live performance craft. And the ride has been crazy, beautiful, disappointing, but so worth it. However, like all seasons and due to various reasons I felt my time there had come to an end and I decided to part with the company in Jan 2017.

So with all the above mentioned and more, this year begun with me questioning whether I should even be doing music at all. Wondering, what will it take? How much more do I have to give? How much more time? You see the past two years had broke me so much that I thought I had literally made a mess of my life. That I had made a mistake when I decided to pursue it to begin with. However, God is faithful, patient and kind and he has reminded me time and time again that I am exactly where I should be. And that I will end up exactly where He needs me to be.

I have had to do some growing up. No, scratch that, A LOOOOT of growing up. Guys I mean a lot. I mean the amount of growing up that makes you feel like ‘okay lord, enough now I’m tired now’. Like an endless bowl of steamed cauliflower with no melted cheese or pepper to disguise the taste. It has been good for me but really hard to swallow.

So I am definitely not as naïve and easily convinced like I used to be. Cause in my industry people talk fam, they taaaaalk *Claps once* I am saying, you will build your life and pin your hopes on the word of a person and then when they stop talking, your life falls apart. I have had to learn things I didn’t want to learn, I have had to push myself and gain new skills, I have had to be shrewder but, I have also had to let go and let God. I said earlier that I questioned whether this is where I ought to be, but now, on most days, I know it is. Although I know I cannot control the outcomes. However, on bad days that still leaves me crippled with despair. But again, God is patient.

So yes maybe I’ll win a Grammy award, or maybe I won’t. Though I am naturally hoping for the former, I want to be content either way .I have had to realise that “making it” is like planting a seed and whatever magic happens beneath the soil that causes it to grow is something I cannot conjure up. And I am finally alright with that. I don’t have the biggest fruit but I am have some fruit.

So for all those who have been asking (whom I appreciate)  No I won’t be releasing a new project this year  cause it’s too soon and as you have read, I am working through stuff. BUT have you heard my latest album “crazy believer” yet? It’s in the fancy music stores even. So get that and it should hold you for a while *smiles*

But I am writing at the moment, pretty excited to just make music next year without the pressure of living up to anyone’s expectations. So something WILL be coming from me, just be patient and let’s see what the rest of the year brings. Pray for me fam.

And thanks for all the encouraging words you send me, I Love you guys